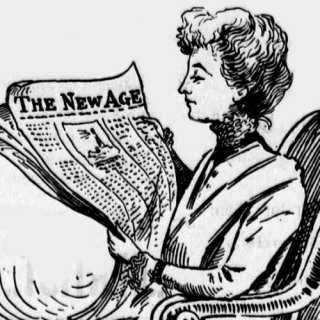 There’s been plenty to read in the news lately. I’d like to tell you about it, but I won’t. Several years ago I wrote a piece about how to adapt future social policy to meet Americans’ future needs. Although I did an adequate job, I subsequently decided that in the future I’d stick to what I know best.

Regardless, two headlines in the Washington Post caught my eye this morning. The first said that the White House plans on recommending that everyone wear face masks. The second stated that during the 1918 Spanish Flu pandemic masks failed to slow that virus. The moral here is that one should try to stay well informed. This well-respected newspaper was banned from the White House last fall. Sometimes it’s hard to tell which news is legitimate and which is fake.

When V. O. Diedlaff (her name has the same letters as mine) released her slim paperback in 2018, her intention was to address income inequality. “No one cares that the new tax act benefits billionaires and corporations instead of Americans living from paycheck to paycheck,” she told me recently. “Maybe now they will.”

“Isn’t income inequality a minor side effect of Capitalism?” I asked. “Isn’t there an ‘invisible hand’ that balances everything out?”

“What little truth that idea once held is long gone. The wealthy invoke the ‘invisible hand’ to avoid regulations on themselves while legislating ways of keeping the poor from prospering.”

“Is your book still free?”

“Yes, on Smashwords and B&N and elsewhere.”